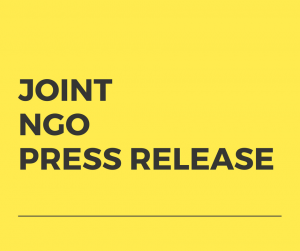 We are extremely shocked and saddened at the discovery of around 120 migrants living in absolute squalor in a Qormi farm. As details of the incident continue to unfold, a story of exploitation, abuse and dehumanisation is emerging. It is disconcerting that some people are able to treat fellow human beings with such contempt and disregard for their dignity.

It is now a well-established fact that sustaining economic growth in Malta is dependent on diverse forms of migrant labour. And yet, there appears to be very little acknowledgement of the fact that the migrant labour force forms the backbone of economic growth. Without this acknowledgement, there remains very little space for respect, let alone appreciation and inclusion.

As a result of Malta’s steady economic growth more and more people, across the socio-economic spectrum, are being forced out by the relentless rise in real estate and rental prices. For an increasing number of people, a month’s salary will not cover a month’s rent. The shortage of affordable and decent housing is affecting hundreds, if not thousands, of persons including Maltese, Europeans and migrants.

A toxic blend of housing costs, labour exploitation and racism ensures that many African migrants are positioned at the far end of the socio-economic spectrum. Over the past few months there have been more and more reports of migrants being forced to pay obscene prices to live in the most abhorrent and inhumane conditions simply because they have nowhere else to go. This situation is unacceptable and something must be done in order to curb this profit-driven assault on human dignity.

However, evicting migrants with no pre-warning and providing no viable alternatives cannot and must not be part of the strategy. The fundamental human right to housing requires the Government to ensure that all persons are able to secure a roof over their heads, especially the most vulnerable. In this particular case, we emphasise that the Government has a legal and moral responsibility to ensure that the welfare of the entire labour force be prioritised over economic growth and increasing profits for the few.

Specifically, the competent authorities have an urgent responsibility to work with all the relevant agencies to ensure access to dignified accommodation. The Government must immediately pursue a strategy to ensure that decent and affordable housing is made available for all, regardless of where they fall on the economic ladder.

Furthermore, the Government is urged to take concrete action to implement the promised rent reform, taking into account the rent reform proposals put forward NGOs and other stakeholders, to address the skyrocketing rental prices that are hitting Malta’s most vulnerable populations hardest.

It is our duty, as a nation, to ensure that no person lives in such terrible conditions and that we value the humanity of all persons as we do our own. It is also our duty not to turn a blind eye to such terrible
incidents, but to act promptly in order to prevent further human suffering and work towards making Malta a truly better place for all.