The theme for this year’s annual meeting was: “Future fundamental rights priorities in the area of freedom, security and justice – The contribution of civil society”. The conference was held over two days and was divided between panel discussions and various working groups.

On the first day, we were welcomed and presentations started. Amongst the presentations given, one of the most interesting was by Max Schrems, a PhD student and founder of “Europe vs. Facebook”, who spoke about his experience of challenging Facebook on their data protection policies.

He advised civil society organisation (CSO) with a few points for it to be successful:

Panel discussions started later on in the afternoon. The first debate focused on the ‘effective implementation of existing legislation and better cooperation.’ Most recognized the need to bring human rights on to the table, even when discussing security and justice within the EU. It was also emphasized that the EU must collaborate with CSO as they are, as Salla Saastomoined, Head of Unit DG Justice Fundamental Rights and Union Citizenship said: “closest to what is happening in the Member State”.

The most prominent challenges which surfaced from the working groups were:

The day ended with a presentation of the candidates for the next Advisory Panel elections.

Day 2 started with the participants carrying out their duties and voting for the new Advisory Panel. The rest of the morning was spent learning the various practices which existing CSOs are effecting in ‘The Floor is Yours’. The possible risk factors and successes were analysed in making fundamental human rights part of the area of freedom, security and justice.

The conference ended with the handover of the Fundamental Rights Panel Advisory Panel and welcoming the newly-elected members and a closing note by Morten Kjaerum, Director of FRA.

Being the first time I had the opportunity to attend a FRA conference, I found it extremely beneficial and interesting. Besides getting the opportunity to network with active and dedicated persons within the human rights sector, I learned about various topics and got an insight on the position of the different EU Member States.

The major obstacles noted from the various organisations are mostly similar as mentioned above. This gave me an understanding on what is needed and our Platform for Human Rights Organisation in Malta, was highly congratulated and encouraged to bring together the various NGOs to overcome some of the hurdles. 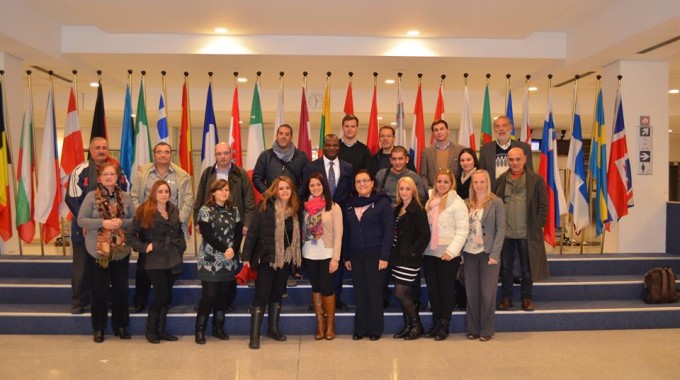