NGO Statement on the Magistrate’s Court judgement against Brandon Bartolo

We, the undersigned non-governmental organisations, are gravely concerned by the decision of the Magistrate’s Court in the case against Brandon Bartolo. We feel it gives a message that it is not only an acceptable, but also a legitimate exercise of the right to freedom of expression, to express strong anti-Muslim sentiments and to state that members of this religious faith have no place in Malta.

We are also deeply upset that comments made by the Magistrate in delivering judgement, as reported in the local media, were irrelevant, populist and also factually incorrect. In expressing those views, the Magistrate essentially condoned anti-migrant sentiment instead of upholding the human rights values our Courts of Laws are intended to promote.

It is extremely worrying that one of the highest authorities in the country condones the use of such hostile and denigrating language against anyone, particularly when it is because of a personal identity characteristic such as religion, sexual orientation, gender, disability or their race. Condoning such behaviour risks undermining not only the rights of members of the group directly targeted, but also the right of each and every one of us to be treated with respect, regardless of who we are or what we believe in.

While it is true that the law protects the right to freedom of expression and, to some extent, the right to offend, this freedom is by no means absolute. In fact, the European Convention on Human Rights specifically states that the Convention should not be interpreted as allowing anyone, be it the government or an individual, to behave in a way aimed at the destruction of the rights and freedoms laid down in the Convention. In a case similar to the present one (Norwood v. The United Kingdom), the Court said that

“a general, vehement attack against a religious group…is incompatible with the values proclaimed and guaranteed by the Convention, notably tolerance, social peace and non-discrimination”.

Statements which clearly incite hostility against members of a particular faith, and violate the prohibition on discrimination and the right to freedom of conscience and religion, cannot and should not be accepted as legitimate in a democratic society founded on respect for human rights and fundamental freedoms.

Such tirades do not only damage, annoy and offend the individual concerned, they also run counter to and undermine the values on which we claim our society is based.

This statement is issued by: 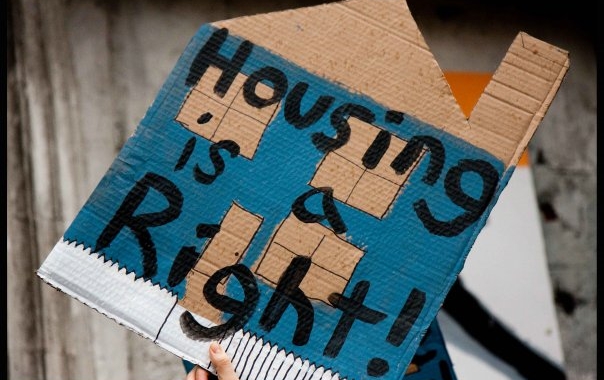 Dignified housing opportunities is a national priority – Press Statement by Coalition of Civil Society Organisations
The sharp increases in rent prices over recent years are having a serious impact on…
The sudden death of any child is a shock to us all
Statement on the death of a seven-year old girl The Platform of Human Rights Organisations…
Together with the Alliance for Mental Health: a national mental health strategy is needed!
The Platform of Human Rights Organisations in Malta (PHROM) is extremely shocked at news of…

Recent Posts
Recent Comments
Archives
Categories
Our list of members is constantly growing. Join us today and become part of our ever-growing network of human rights organisations in Malta.
Join Us Today
Copyright 2014 - All Rights Reserved – PHROM
This website uses cookies to improve your experience. We'll assume you're ok with this, but you can opt-out if you wish.Accept Read More
Privacy & Cookies Policy
Necessary Always Enabled